Hide Search
You are here: Home / Affiliate Marketing / The Digital Marketing Mastermind by Anthony Morrison – Should You Join?

Who doesn’t know Anthony Morrison, right? He’s a well-known speaker, author, and coach in the online marketing world. Yet, he’s also famous for creating several products in the past that don’t deliver. Some people call it scams.

The Program at a Glance

One of his latest programs is called The Digital Marketing Mastermind (DMM) and it is created for newbies to start their online business the right way and help existing marketers to generate more income.

Inside DMM, members will get;

Unlike other mastermind groups that cost thousands of dollars to join, Anthony has stripped down the membership fee to an affordable $7 per month. However, he did hint that the offer will not last very long and that a price hike is likely in the future.

Anyways, the program comes with a 30-day money-back guarantee, so it seems worth trying. Immediately after signing up, I got several welcoming emails, log in details and an invoice for the order. Looks legit so far.

Now, let’s see what’s going on in the course area.

After logging in, I ended up on a site called Morrison Education. After browsing through, it appears that the Mastermind is part of a larger training and resource project. The last I counted, there were 19 courses (two of which are included in the membership) and 9 different software for accelerating businesses.

The Mastermind course kicks off with the typical fundamental topics, teaching you the qualities of success and the importance of setting goals. All the 5 lessons can be completed in less than an hour. 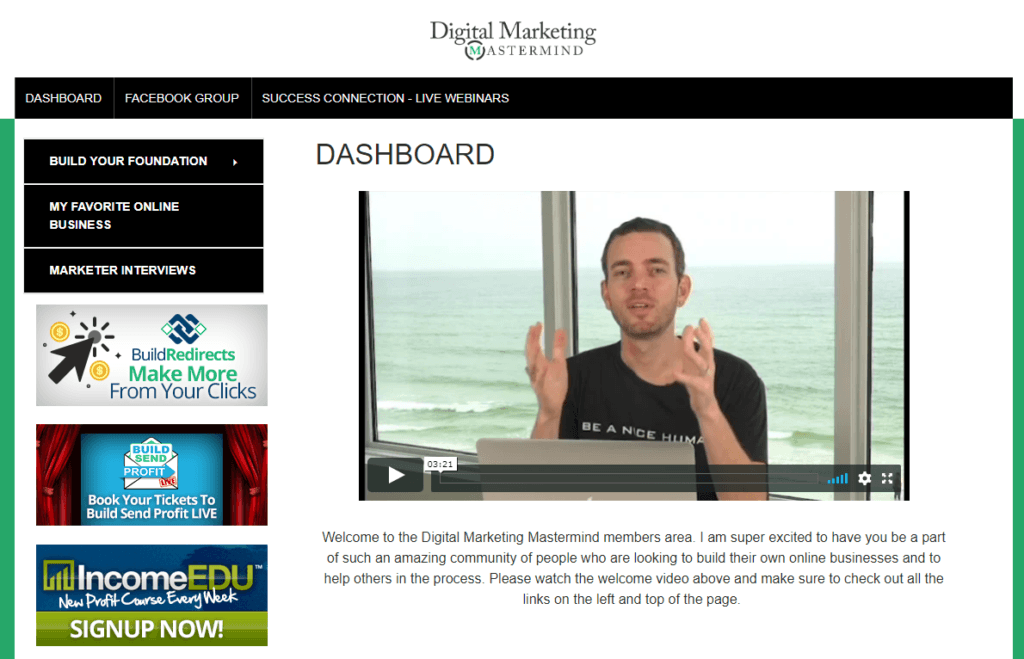 In the second part, Anthony will walk you through how to set up a funnel and also give one to use for free. And then there’s the Facebook group which requires you to write in in order to join and the live weekly webinars where you can register and watch replays (dated as far back as 2015).

What seems to be missing, however, is the interviews with the experts AND the digital book bonus that he promised.

And what seems to be very obvious is that you are being promoted to buy two of his suggested tools – ClickFunnels (a funnel program that he’s affiliated with) and BuildDirect (a tracking software which he co-founded).

ClickFunnel, in case you aren’t aware, is a popular marketing funnel builder, created by Russell Brunson, that can be applied to any type of online businesses. This is the system that Anthony uses for most of his business and to duplicate his method, you’ll need a ClickFunnel account too.

To continue using the system after a 2-week trial, you’d need to choose between the Starter Plan ($97 per month) or the Suite Plan ($297 per month). As for the second tool, there are three plans to choose from ranging from $20 to $100 per month.

And then, there’s all the other courses that claim to give insider tips, provide done-for-you monthly funnels and one-to-one coaching. All of them are priced differently – some only have a one time fee while others have recurring billings. Now, they aren’t being promoted very often, but they do show up constantly on the training dashboard as a gentle reminder for you to check out.

Is It Worth Paying $7 Per Month?

At the current rate, it seems that there’s very little stuff going with the Mastermind program. The only addition that’s happening is probably the live weekly webinar, which can actually be easily accessed on YouTube. That means you don’t really need the platform to watch his training. And you are probably just paying to mingle with other members on Facebook.

Yet, there are bigger questions that loomed ahead. Have you ever thought about how to use a funnel to get traffic and conversion? Even though it’s not made clear in the beginning, Anthony’s method is all about obtaining traffic using advertisements. Whether it’s through Facebook, YouTube or Google Adsense, you’ll be paying to get visitors to an opt-in page and then offer them specific products or services.

The good thing is that you’ll get to build an email list to be used for future promotion. The downside, however, is that you definitely need to spend more than $7 per month. Using ClickFunnel, signing up for other traffic courses AND paying for advertisement itself – all of these can round up to several hundred (or thousand) dollars per month.

Don’t get me wrong – the ad is a good source of traffic, but it’s also costly for beginners and risky if you don’t have a good understanding of basic online marketing. With Anthony’s business method, it’s as if you are learning how to sprint even before you can run properly and we all know what kind of dire consequences that could lead to.

Given his reputation in the online marketing industry, it seems that Anthony is trying to do something better (make it more trustworthy perhaps) with his new ‘education’ platform. At the very least, there’s a prompt communication about the purchase and an email for contacting support when you need it.

There aren’t any red flags going on here, however…

Bad habits are hard to curb and the entire program (if you look very closely) still lurks many of the traits that he was previously known for.

1 – There are a lot of subtle upsells to make up for the lack of training integration. That means, instead of putting everything together, teachings are compartmentalized into smaller packages and sold at varying prices. Many marketing gurus use this strategy as an explicit move to make more profit and while that’s not entirely wrong, it can be cost-burdening for new and inexperienced members.

2 – One of the taglines for the Mastermind program is to help people start an online business, yet besides all the motivational talk and the funnel video training, there isn’t really any step-by-step tutorial to show how things are being done. If you think that the weekly videos can offer something helpful, well good luck with that too.

3 – In actual fact, most of the video training talk about email marketing and funnel building. Once in a while, he would reveal some income reports just to show how efficient his system was. So getting a ClickFunnel account is definitely a must, but there’s something else he teaches that can be dangerous for your business.

4 – In one of the video training, Anthony talked about using solo ads. Now for those of you who don’t know, this technique involves promoting advertisements through email lists that are acquired by other web owners. For example, someone who subscribes to a health blog will suddenly receive your promotion about a weight loss product.

Here’s where a few things can go wrong. That someone has never agreed to have his/her email shared with other people. Even though he/she is interested in health information, it doesn’t mean that he/she will buy a weight loss product. If you email too frequently, they are likely to find it obtrusive. And the biggest question – is that person’s email address even real?

Solo ads work for a small number of businesses and some even swear by it. Most people use it because it could potentially yield faster results (as in sales conversion), but it’s also a shady and costly industry to step into. For newcomers, it’s certainly not the best way to do sales with an audience who have no idea who you are in the first place.

5 – Having said all that, Anthony’s training focuses a lot on paid traffic generation and there’s very little to learn in terms of free traffic. The thing with the paid method is that you need to constantly invest in order to generate traffic. As with the free method, traffic is accumulated naturally and they usually last (and convert better) for a long period of time with very minimal investment.

So, why doesn’t Anthony teach this method more often? Well, it simply takes more time and there’s probably less money he could make from it.

My Verdict – Not Recommended

Overall, I don’t think it’s worth the time joining The Digital Marketing Mastermind. The basic training is nothing to shout about and the core training is all about paid traffic generation (and other risky tactics) which I wouldn’t recommend for beginners.

If you are an intermediate learner wanting to get into building funnels, take his training with a pinch of salt. Making sales online is not about fancy sales page or using the latest funnel software – it’s more about providing values for the audience in the long term, without making them pay more than what is needed.

If you can figure that out, then creating a funnel thereafter would make more sense for people to buy something from you. If you can’t, then you’d be wasting a lot of money on expensive programs.

Starting an online business need not be complicated and many people thrive very well on free traffic methods and even on niches that don’t seem to be profitable at first. These are the things that marketing gurus like Anthony aren’t sharing, but you can learn more about them from my recommended training platform here.

I hope that you’ve been educated by this review. If there’s anything else you want to share, feel free to leave some comments in the space below. 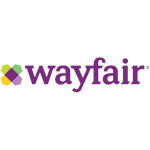 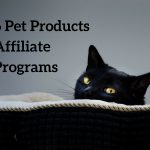