The online marketing world is full of crappy products that claim to help make you money in the shortest amount of time. Most are not legit and some like The CB Cash Code are less than mediocre. In this review, we’ll expose, once again, the deceptive tactics and find out what’s actually inside the program.

The sales page started off with a short video presentation by a guy named George Patterson (who appears to be the creator), talking about the discovery of a ‘secret website’ that was oblivious to many people. 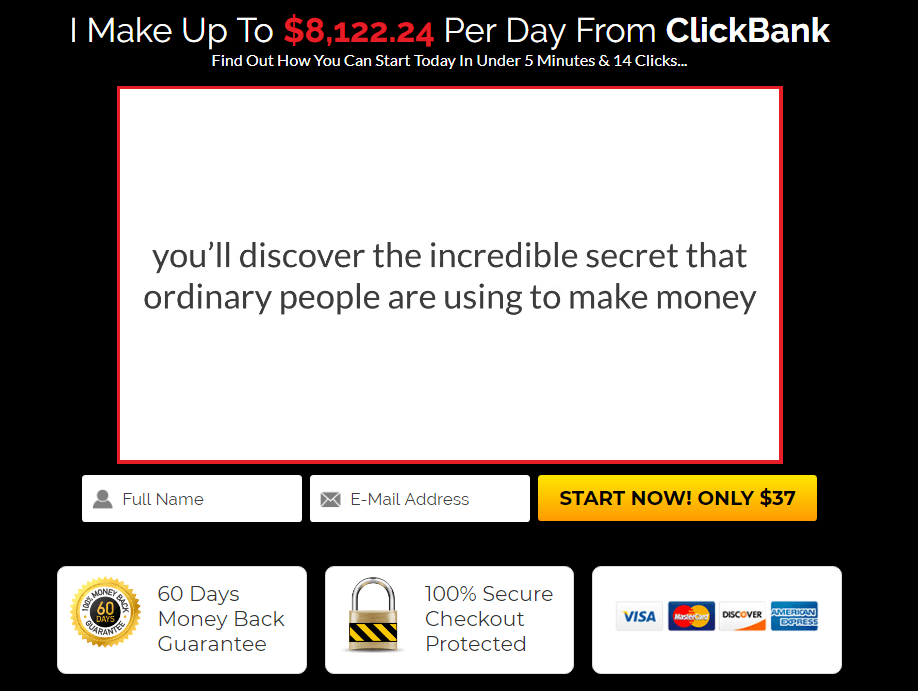 It was introduced to him in the midst of some financial turmoils and with the help of a cousin, he quickly mastered ‘the system’ and started generating money – more than 1 million dollars – within a year.

That achievement enables him to live a worry-free life, buy beautiful homes and work whenever he likes. Now, he’s offering to help you get out from the daily grind by teaching you the very same system, for a small amount of fee.

If you follow exactly what he said, you could be earning 5 figures in a matter of weeks! The method is proven, hence you cannot fail.

Alright, let’s stop right there for a minute and come back to reality, shall we?

I am very sure you’ve heard/read about various ‘online success stories’ before but I sure hope you didn’t fall for this gimmick. The story-telling is just to lure you into signing up quickly and pay for the product. Only once you are inside, will the cons be fully exposed.

What Exactly Is The CB Cash Code

As it turns out, the ‘secret website’ is actually Clickbank, an affiliate network that sells digital products and ‘the system’ that George is feverishly talking about is called affiliate marketing. Frankly, there’s nothing secretive about the two.

Clickbank has been around since 1998, acting as a central marketplace for digital content creators to sell their work and for affiliate marketers to promote them to online consumers. They provide services in over 200 countries, covering all types of product categories.

On the other hand, affiliate marketing is an online business model that lets a product owner leverage from influential trends and sales referrals. You only pay when you get actual customers so the marketing risks are minimal.

Likewise, it is a low-cost and low-risk investment for marketers because there’s no responsibility to plan products. As long as you are good at promoting online and bring in referrals to the vendor, you can build a long term business with this model.

So the whole purpose with The CB Cash Code program is to get you into affiliate marketing, either through creating OR promoting digital products through Clickbank. Such a business idea would appeal to individuals who are particularly interested in sharing digital products such as eBooks, membership sites and software within a specific niche.

If you prefer tangible products (things that can be touched and felt), then it’s better to be affiliated with eCommerce marketplaces such as Amazon, Jet.com or any of your favorite online stores. Combining digital and physical items can be done too as long as they are relevant to the niche.

Having said that, affiliate marketing isn’t a push-button system. This isn’t something you “only work for 10 minutes per day” and expect to earn 5 figures in the span of a year, as claimed by George. That’s an exaggeration because, in 99% of the cases, most people don’t make much within the first year. More so if they are totally new to the area of affiliate marketing.

It’s not because they don’t have access to ‘some secret formula’. It’s just the fact that getting any online business to run at full speed – getting high traffic and sales conversion – will take some time. If you are chasing after shiny objects such as this program, it will take you even longer, because you would have gone off-track from the fundamentals.

While digging deep, I discovered two disconcerting facts that question the credibilities and even legitimacy about this program.

1 – Similarity to eCom Proft Sniper – This program talked about creating an eCommerce business using Shopify. If you look closely at the sales page down below, it has the same exaggerated claims, the same page design and even shares the same voiceover for the promo video. 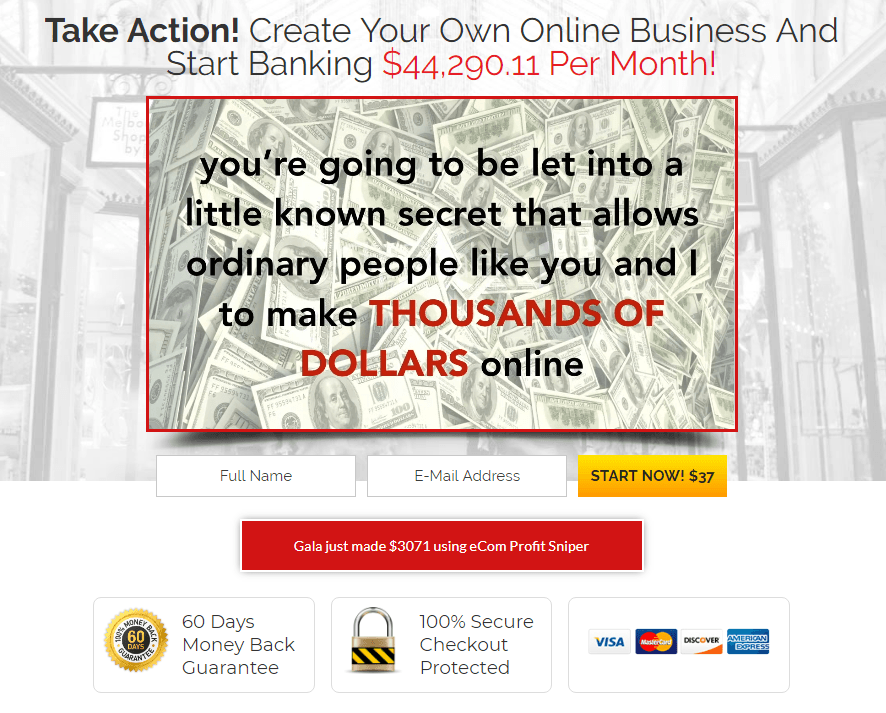 Just a coincidence? I think it’s created by the same person who’s just replicating one tactic after another. Interestingly, this site appears to be no longer active because when you try to sign up, it will lead you to nowhere. It makes you wonder when that day would come for The CB Cash Code.

2 – Fake testimonials – Believe it or not, this is the third product I reviewed this month that has hired actors/actresses from Fiverr to create positive testimonials for their sites. Hiring someone for a gig is one thing, but faking user reviews to make a product look good is deceiving to the audience.

I mean, who would believe that kind of reviews anyway? They are nothing more than just mock-ups and I think it raises more suspicions than anything else.

What I Dislike About The Program

1 – Misleading income claims – Right from the beginning, I wasn’t impressed with the income reports from Clickbank. Too many people have used this tactic, it sounded all too cliche and in case you don’t know, those numbers can be manipulated with some simple HTML tricks.

It’s not difficult at all and even a non-techie person like me can do it. So don’t be too quick to believe those 5 to 6 figure incomes. They are most likely fake as well.

2 – Upsells – The small fee to join the program costs $37 (per time) on the front end, but once inside, you are faced with two upsells. The first one is $197, a program that claims to drive more traffic and the other is $147. Ultimately, they are trying to earn a couple of hundreds from you here with more hyped products.

3 – Crappy products – Ironically, they actually offer some training, in the form of five PDF copies for the basic level. The materials generally go through the introduction for affiliate marketing to creating ad campaigns for driving targeted traffic.

Content-wise, I would say it is subpar to most affiliate marketing training that I’ve seen so far. Even the courses that you buy from some Udemy instructors might be better off.

4 – Lack of credibility – Lastly, the fact that it uses fake testimonials is something I wouldn’t trust with a training program. That’s a big red flag. Real business or genuine people don’t do that to earn a customer and it reflects the true motives behind their words. For more examples of such cunning acts, you can read my review on AD Formula here.

Even though the CB Cash Code isn’t entirely a scam (although it looks like one), I wouldn’t recommend it based on the low-quality product and all the misleading information. However, there’s one thing true about what it says in the video.

“Many people fail at their first attempt in making money online.” This is statistically true because everyone is chasing after the 5 figure income without the entrepreneurial mindset AND unwilling to invest 5X the effort from where they are now.

A program like this – promoting shortcuts, upsells and selling you the dream – is what makes people fail. It makes you waste time, money and subsequently, give up. So do yourself a favor and avoid it at all costs.

Instead, harness the proper skills of affiliate marketing through these fundamental steps;

There are many areas to be successful as an affiliate marketer. Clickbank is just one of them. To have a better understanding of how to navigate through this business, do join my recommended training platform for free to get a solid education on the subject matter. I promise, no gimmicks whatsoever.

If you have any comments or questions, just leave them in the space down below. 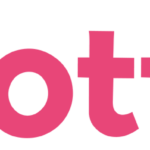 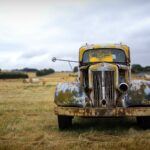 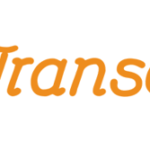