Hide Search
You are here: Home / Make Money / Is Ad Formula a Scam or Not? See These Red Flags for Yourself

One email promotions that I am getting a lot lately is about a program called Ad Formula. The tagline of the sales page reads ‘Shortcut to earn $3000 per day’ which totally sends out red flags. This begs the question, is Ad Formula a scam? I am 99.9% convinced that it is and here are the proofs.

If you searched online, there’s another program called AZ Formula that is also a money-making program. The sales pitch is quite similar – you can make $2000 per day and the steps are as easy as 1,2 and 3. Each has a mugshot of its founders and endorsement from prominent channels such as Yahoo Finance and Business Insider.

Interestingly, both design layouts look very similar. Is it a coincidence? I doubt so.

The only difference here is that AZ commends a fee of $37 while AD doesn’t. Yet, AD has some testimonials that AZ doesn’t, so it actually makes AD looks more credible at first glance. Well, we shall see about that.

Customer reviews are important for gaining trust, but what if you are a newly launched program that no one knows nothing about? Well, you can ‘buy testimonials’ from others and that’s exactly what Ad Formula did. See all the review videos on the sales page?

They are fake and I managed to track down one of them to a Fiverr Level Two tasker. Jake (the guy in the center video) is actually Rob who is an actor with 5-star ratings for his performance skills. No wonder his gig was so convincing. 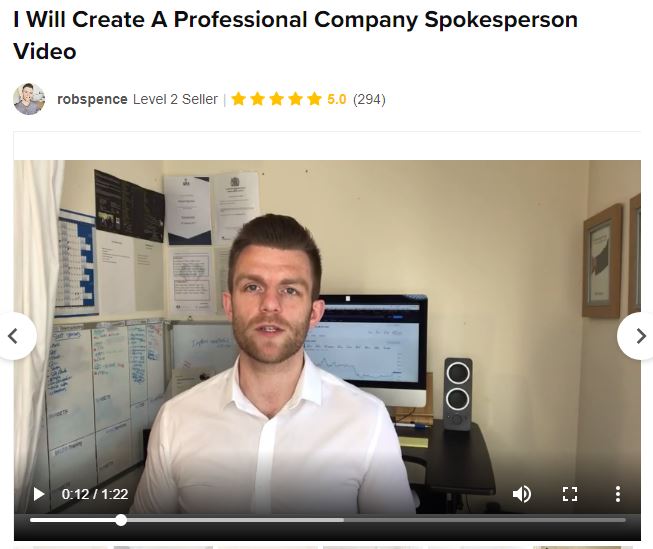 Not only that, but the creator profile is also fake. Jack Heaton, as it turns out, is just a stock photo image that can be easily bought from iStock. I bet if I check the profile image on AZ Formula, it would lead me to the same finding. 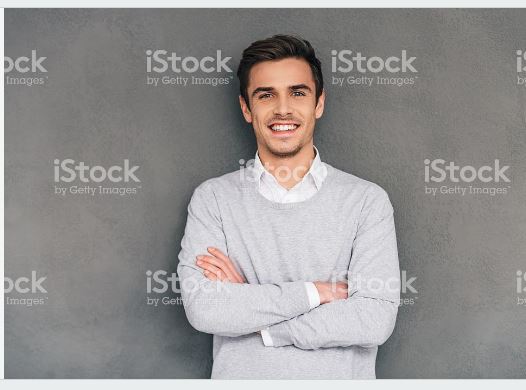 Such tactics – buying credibilities from third-party sites – are commonly used by many money-making programs like this one because they never have genuine customers to begin with. It’s the only way they had but they probably miscalculated the fact that it is quite easy to dig out these fake profiles online as what I’ve just done.

At this point, it’s quite obvious that the program is a duplicate of something else whose creator and customers don’t exist. That means the income reports aren’t real as well. So what exactly is Ad Formula trying to make you do? What happens when you fill out the form and click on the ‘Get Started’ button?

I gave it a try and discovered a different program on the other side. Things are about to get more complicated from here on.

After signing up, I was redirected immediately to a site called Click2Sell.co. This is not to be confused with Click2Sell.eu which is somewhat an out-dated affiliate marketing network and Click2Sell.com, a legit software service for sales professionals based in the US and Canada. The .co version, as it turns out, is some kind of self-advertising platform. 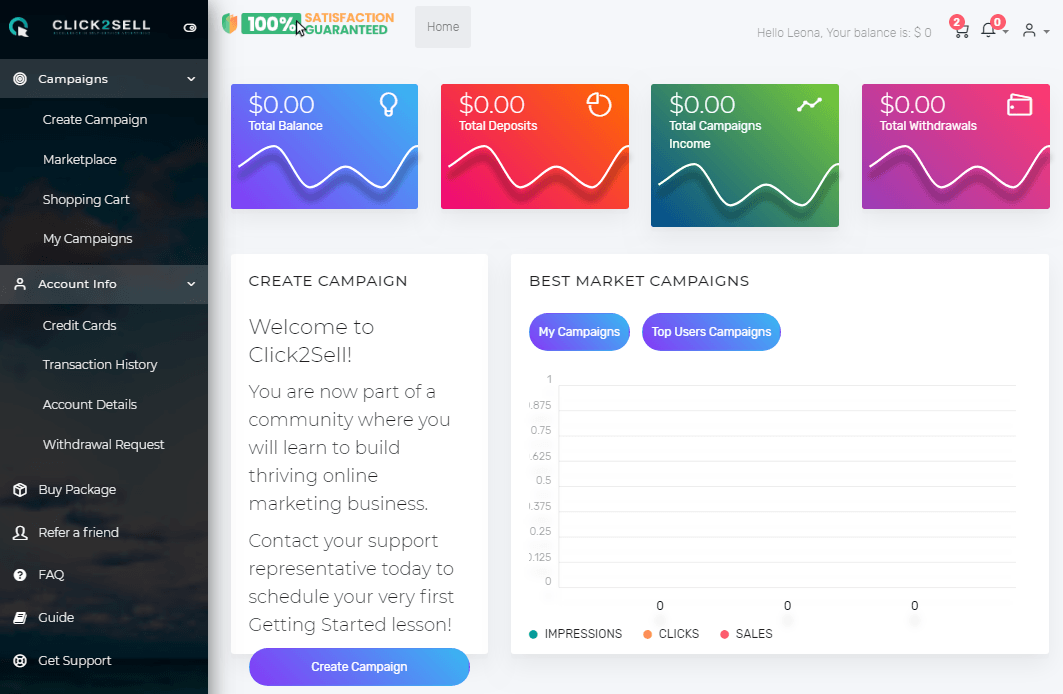 What it claims to do is to display your selected ads on their network choices and let you earn money from clicks and supposedly from sales conversion as well. Theoretically, the higher the number of clicks, the more money can be made.

It also has a referral program whereby you can make $100 in commission when introducing new paying users to the platform. It looks like a cool opportunity, right? Well, here’s the catch.

First, the ads only cater to certain niches;

If you’re not promoting any of those, the platform may seem irrelevant.

Second, there seems to be little to no information on where the ads will be displayed. Do these sites have high traffic? Are the clicks reliable or are they just bots? No one really knows as no genuine testimonials can be found. Most reviews just show you how to create ad campaigns without actually proving that the program works.

As I poke around, I found something odd. When setting up campaigns, there’s no way to add a link to a targeted page. So how on Earth will any clicks convert into sales or action? It seems illogical and somewhat ridiculous that the whole purpose is just to put up a bunch of banners and to make money from online clicks.

Like most things with ads, you pay to play. In the case of Click2Sell, the ad credits are sold in 5 different packages at the following prices;

I don’t know about you but these plans look freaking expensive for running ads that cannot convert. At this point, one should be questioning if there’s any merit to this type of obscure marketing investment or if it’s even legit at all.

However, the most disconcerting information I get from online reviews is that some people have difficulty withdrawing money generated from the clicks. It may appear on the dashboard that they are profiting, but when it comes to getting the money, it would not be easy.

With such a lucrative referral commission, you would expect someone to show monetary proof of their earnings, but I saw none of those. Instead, there are more complaints and coupled with the non-existing customer support (I wrote in a few days ago asking about something, but haven’t heard anything from them), it’s starting to feel a lot like a scam. Don’t you think so?

All in all, Ad Formula is just a bait that sells you an unrealistic dream in order to lure you into purchasing high ticket products (the pricey ad packages) that don’t work. Chances are, if you believe every single thing it says, you’ll never see your money double into anything profitable.

The red flags are all clearly spelled out in that three pieces of evidence that I’ve just exposed, so save yourself from the trouble and avoid this platform by all means. Look, I know you are hungry to make money online, but choose wisely what to believe. It’s not going to be as simple as clicking a few banner ads here and there. Yet, it doesn’t have to cost an arm or a leg to get started.

For $1 a day, you can leverage from online trends and run a legitimate business that will bring in long term recurring income. Want to know how? Sign up for this awesome training platform and get started for free. I’ll see you in the inside.